The Wellington Lodge and the Candlestick Chimney. 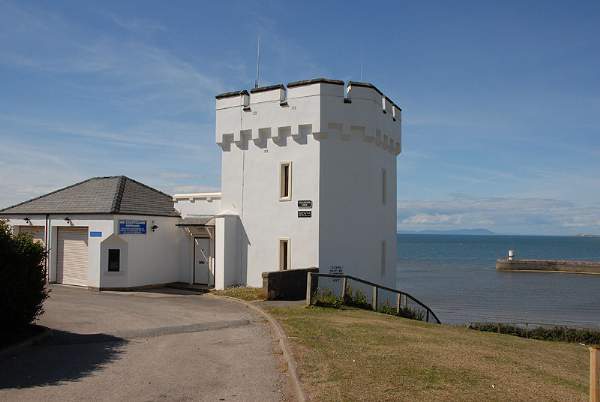 The Wellington Lodge which is now used as a base for the Coastguard.

Towering above the harbour, Wellington pit was by far the most spectacular of Whitehaven’s pits. It was built in the form of a castle, with a great keep, turrets and enormous crenellated walls. Its twin shafts were sunk between 1840 and 1845.

The architect of the surface buildings was Sydney Smirke. The design of the ‘candlestick chimney’ is reputed to be based on a candlestick in the Castle.

The only remaining buildings (see above) are the candlestick chimney (ventilation for the workings), the Wellington Lodge which is now used as a base for the Coastguard, and some of the retaining walls. 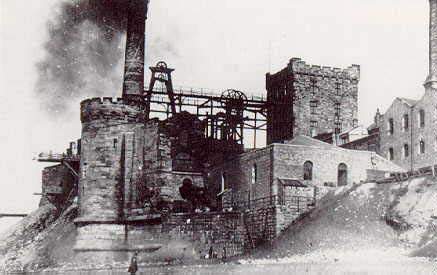 Wellington Pit was the site of Whitehaven’s largest mining disaster in 1910, in which 136 miners lost their lives.