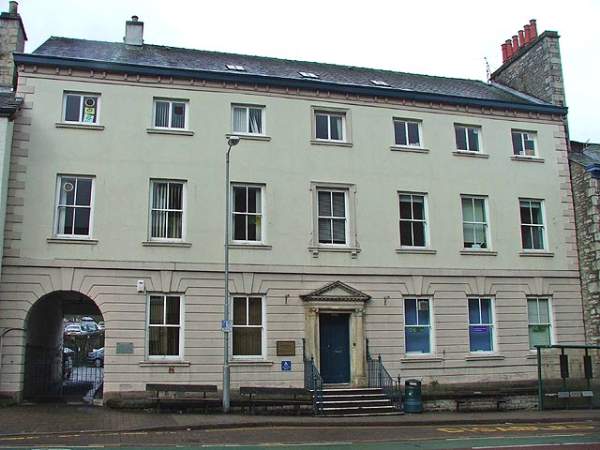 This house was built about 1776 by Joseph Maude, a Kendal banker and for many years houses the Kendal Savings Bank.

In 1854 it was leased to the Kendal Literary and Scientific Society with some of its founder members being William Wordsworth, Robert Southey, John Dalton and Adam Sedgewick. Later it became the town’s museum and library.

It is now a centre for voluntary organisations, for which it it provides accommodation, common services, a reception, and many other facilities 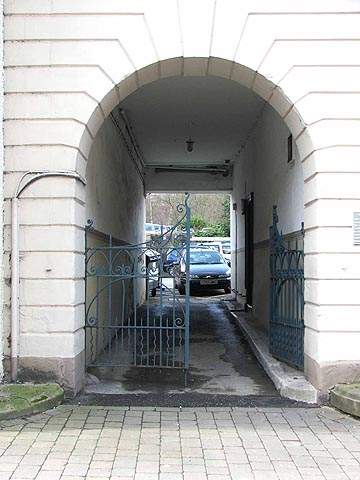 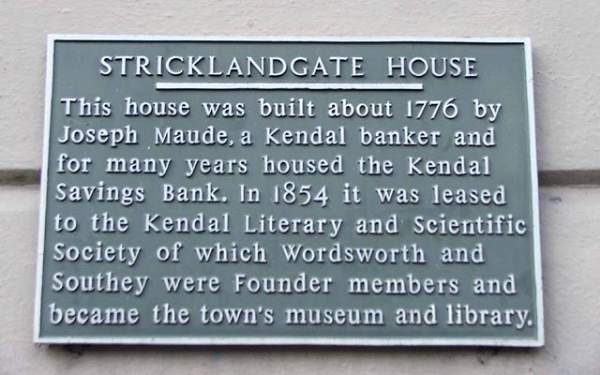