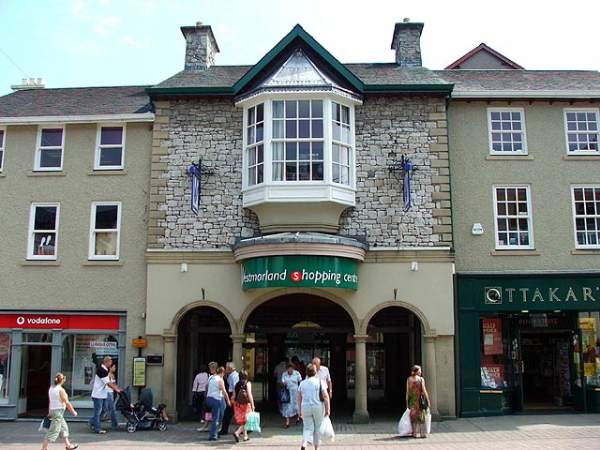 The Market Hall and the Westmorland Shopping Centre are now one single shopping arcade in the middle of town. The original Market Hall was built where the war memorial now stands, and the ‘Free Market’ stretched at times as far South as Finkle Street.

The original market place was entered through two narrow lanes, Mercer Lane, and Cheapside. The sign for Cheapside can still be seen on the building now housing Greenwoods clothes shop. Mercer Lane ran alongside the building now occupied by Thorntons. This building used to be the Town Hall, or Moot Hall, the administrative centre of Kendal after the castle on Castle Hill ceased to rule over the town. The original building was unfortunately burned down in 1969, and the replacement built to look just like its predecessor!!

The area to the front of what is now the war memorial, once housed the Market Cross, probably the Ca’ Steean, the remains of which are now incorporated into the current Town Hall. 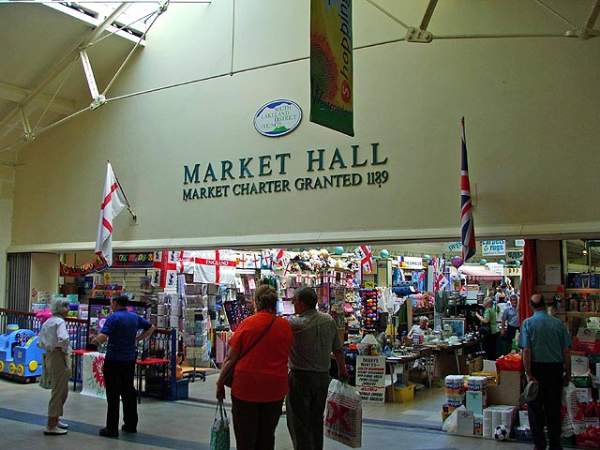 The market charter was granted to Kendal by King Richard I, in 1189, a fact proudly displayed on the entrance to the covered market inside the Westmorland Shopping centre. The Market Hall, that now houses the permanent indoor/covered market, was built to commemorate Queen Victoria’s Golden Jubilee in 1887.

In 1754, the original Market Hall was removed, and replaced with a chapel, a covered market and a dungeon, in use until 1836. The chapel was removed sometime after and the market place opened up. Mercer’s Lane and Cheapside were no more, and the permanent market moved indoors upon the completion of the Jubilee Market Hall.

The arcade can be entered through the original Victorian entrances from the Market Square, or through the new Westmorland Shopping centre entrance on Stricklandgate. It backs onto Blackhall Yard, a small shopping area with specialist shops. Just across the road from the Westmorland Shopping centre entrance, is the Elephant Yard, yet another shopping arcade with a wide variety of shops on offer. 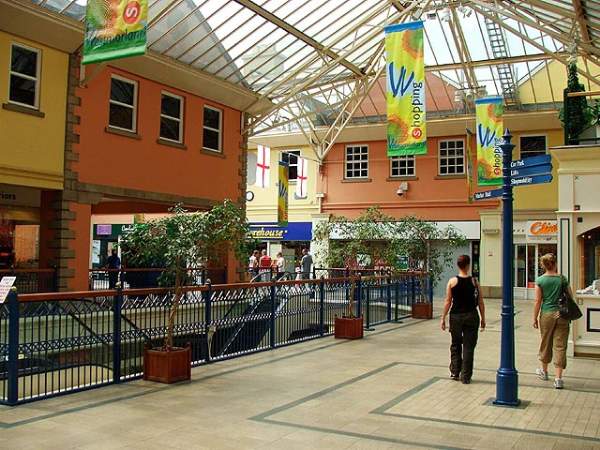