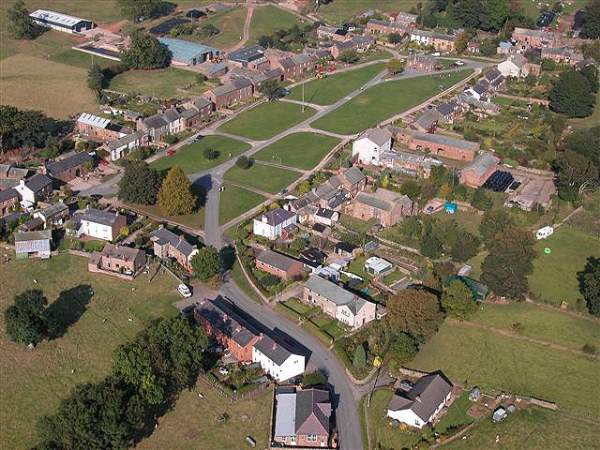 Milburn is a village three miles north of Temple Sowerby.

It is a classic example of a medieval fortified village, with its sandstone houses arranged around a 4.5 acre rectangular green. The green was only open at its four corners, making it easy for defensive purposes as well as useful for penning in sheep. These corner entrances were walled up each winter. Access to the village was through narrow easily defended gaps between the houses.

The village green has been used as common land for centuries, with many residents still retaining their grazing rights. There is a 40 foot high maypole on the green, which is believed to have been erected on an ancient Celtic burial site.

Just outside the village is Howgill Castle (see gallery), with two pele towers, dating from the 14th Century, with walls 10 feet thick. It had an adjoining watermill, and used to have a defensive moat. The frontage of the building dates from 1733 in the Georgian style.

The church, dedicated to St Cuthbert, is set in fields on the outskirts of the village, hidden by a screen of trees, and standing in an idyllic pastoral setting, under the mighty Cross Fell.

Great Dunn Fell, on the village doorstep was another protection against Scottish raiders.