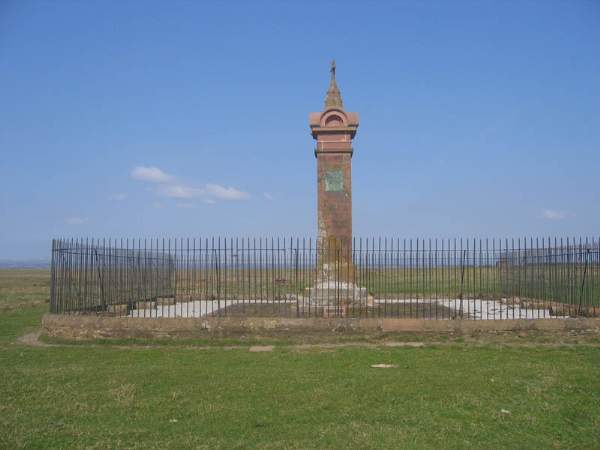 At the end of the River Eden, at the Solway Firth, is a grand stone monument, surrounded by a spiked iron fence, which marks the death-site of Edward I, the ‘Hammer of the Scots’. Edward I initiated the Hundred Year War against France, and also acted as one of the prime architects of three hundred years of almost continuous warfare with Scotland.

He died on the edge of the Solway, on 7th July 1307, on his way north for a last assault on his enemy. The Latin inscription on the monument describes him as ‘the greatest English king’. 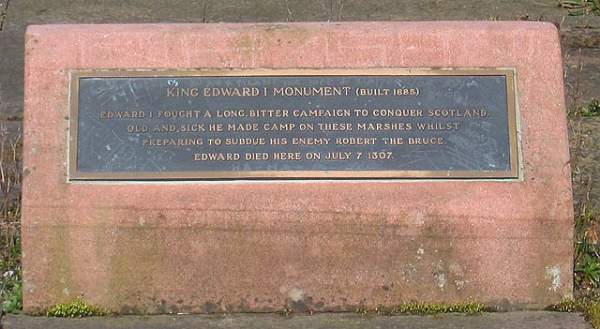 Nearby is Burgh-by-Sands, in which is the church of St Michael. It was built on the site of a Roman Fort, using stone from the nearby Hadrian’s Wall. The West tower is probably the earliest example of a fortified church in the 14th Century. The tower was intended to serve as a fortress and a place of refuge. Access to the pele tower is through a narrow doorway in the massive wall, guarded by a massive iron gate with two bolts. 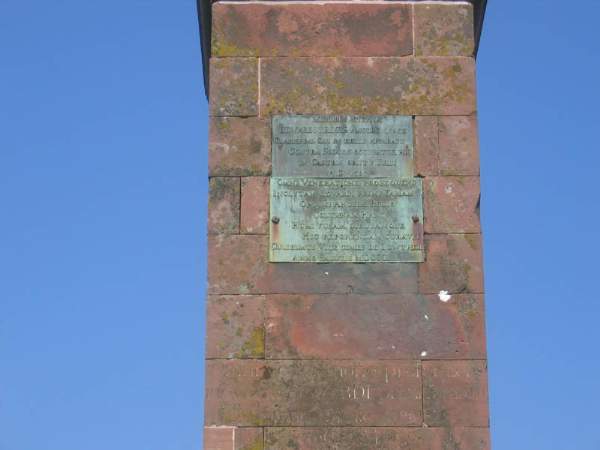 There is a pleasant 40 minute round trip walk along farm tracks from the nearest parking location.

Cumbria County Council is responsible for maintaining the Edward I Monument at Burgh by Sands, and has recently completed an extensive restoration programme.