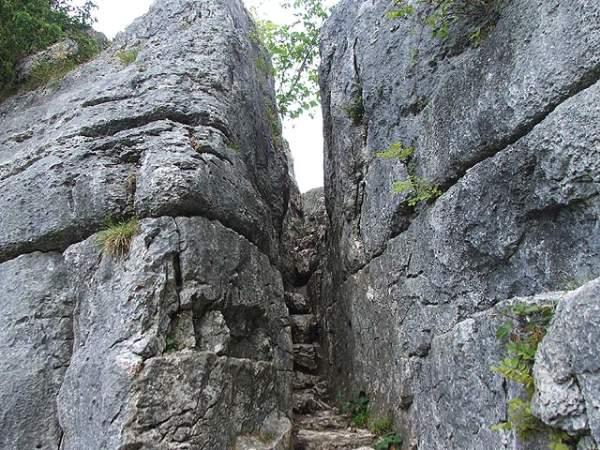 From Beetham village a path climbs to Beetham fell and leads to the ‘Fairy Steps’. The second of two flights of stone steps, where the narrow passage squeezes between two sheer rock faces via a flight of natural stone stairs is so named because of a legend. Supposedly, if you climb or descend the steps without touching the limestone sides of the narrow gully, the fairies will grant your wish. 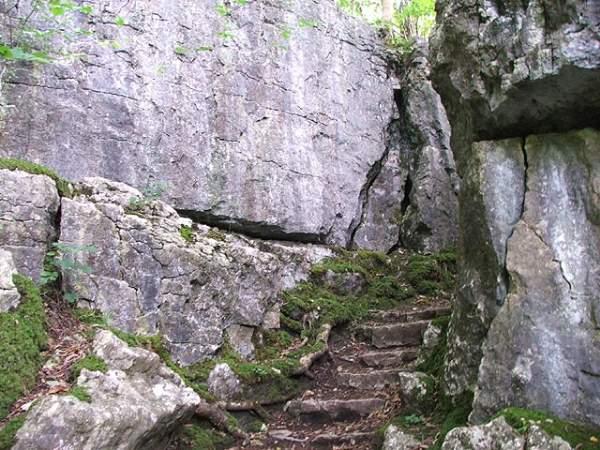 However only someone whose stature matches that of a fairy stands any chance of accomplishing this impossible feat, as in places the cleft is as narrow as a foot at shoulder height.

Those with second sight are believed to be able to witness the fairy folk skipping up the steps.

The steps are situated on one Lakeland’s corpse trails, along which the coffins of those who died in more remote and inaccessible wildernesses of the neighbourhood, would be carried for burial in the nearby churchyard. The idea that pallbearers could manoeuvre a coffin up this cleft is hard to believe. 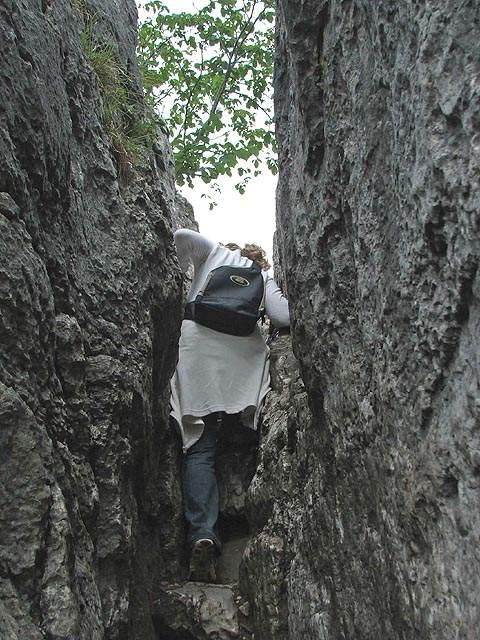 Several of the iron rings through which ropes were threaded to haul the coffins up the sheer rock face are still visible in this peaceful and idyllic haunt.

The Fairy Steps are on private property. On your visit please respect this.

Follow the Countryside Code and stay on the public and concessionary footpaths. Please do not picnic, light fires or BBQs and take all litter away with you. Climb only the Fairy Steps themselves and not the surrounding rock faces.